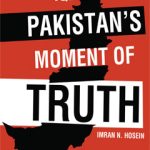 Iqbal and Pakistan’s Moment of Truth

Time is running out for the republican State of Pakistan. Only those who see with one eye will fail to recognize the evil reality that clients of Israel now control strategic decision-making both in Pakistan’s government as well as in the Armed Forces. The writing appears to be on the wall for Pakistan – unless Pakistani Muslims can rid themselves of those clients of Israel. The best way to do so appears to be through massive peaceful public demonstrations similar to those which brought down the USSR with narry a nuclear risk, rather than civil war which will automatically invite external military intervention that will eventually dismember Pakistan.

Scholars of Islam have a duty to prepare Muslims for destructive attacks that are soon to be launched which will target not only Pakistan but perhaps, Turkey and Iran as well. The situation is not entirely hopeless since at least the Iranian Armed Forces do not appear to be under the control of Israel’s clients. In fact Iran seems to have already succeeded in building a strategic alliance with Russia. It is interesting to note that an authentic Hadīth has prophesied an end-time Muslim alliance with Rūm (i.e., Byzantine Christianity that was based in Constantinople), and Russia is part of Rūm. The Saudi and Pakistani governments and Armed Forces on the other hand, are allied with the Anglo-American-Israeli alliance which does not form part of Rūm.

Those who control power in Britain, USA, and Israel, and who now have a strategic ally in India, are already waging unjust war on Islam and Muslims in Iraq, Afghanistan, Yemen, Somalia and elsewhere, but most of all in the Holy Land (otherwise known as Palestine). Their ruthlessness is such that they would wage war even upon their own people if such were deemed to be necessary for achieving their messianic goal. The 9/11 terrorist attack on America which killed thousands of innocent people was an ominous example of what they are capable of doing. The recent US military occupation of Haiti in consequence of a massive earthquake for which the US Armed Forces seem to have been mysteriously prepared (right down to drills conducted on the very eve of the earthquake), displays for the umpteenth time the extent to which they would commit monstrously evil deeds in dogmatic pursuit of goals such as the overthrow of Venezuela’s courageous government. Earthquakes have now become their mysterious new weapon of war. Will Caracas and Islamabad soon be targeted with massive earthquakes? Or will a nuclear device be exploded in USA or a very prominent American assassinated, and Pakistani or Iranian Muslims be held responsible, so that causus bellum can be created?

Their messianic goal is to deliver to Israel the rule over the whole world so that a false Messiah can rule the world from Jerusalem with a fraudulent claim to be the true Messiah. That goal cannot be achieved so long as Pakistan possesses nuclear military power. Hence the most important attack that must now be anticipated is on Pakistan’s nuclear installations.