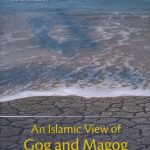 An Islamic View of Gog and Magog in the Modern World

I began my study of Gog and Magog more than fifteen years ago in the early 90’s while resident in New York. My subsequent public lectures on the subject never failed to provoke keen interest from my Muslim audiences in several parts of the world. The evidence and arguments presented in the chapter on Gog and Magog in my book, ‘Jerusalem in the Qur’an’, succeeded in convincing many who read the book that we now live in a world dominated by Gog and Magog. They were easily convinced that the ‘town’ mentioned in the Qur’ān in Sūrah al-Anbiyāh’ (21:95-6) was Jerusalem and hence, that Gog and Magog (and Dajjāl) explained the ominously unfolding ‘war on Islam’ with slaughter and destruction of Muslims in so many parts of the world. As a consequence, such readers also understood Israel’s mysterious imperial agenda, and many have been making efforts to extricate themselves and their families from the embrace of Gog and Magog – an embrace that will take 999 out of every 1000 of mankind into the hellfire.

Despite my best efforts, however, I failed miserably, again and again, to convince my learned peers, the scholars of Islam, that Gog and Magog were even released into the world. I earnestly hope and pray that this book might make a difference Insha’ Allah.

Chapter One: The Importance of ‘Signs of the Last Day in the Modern Age’
Appearance and reality are opposite to each other
Can all of these events be occurring by accident?
Responding to Islamic sectarianism
The Shia sect
Ahmadiyyah
The Wahhabi sect
Tableegh Jamaat (i.e. Jama’ah al-Tableegh)
Islamic Modernism
Elitist sectarian Sufism

Chapter Two: Methodology of study
The Qur’an sits in judgement on the Hadithand not vice-versa
Need to locate ‘system of meaning’
Methodology of explaining the Qur’an through application and analysis of external data
Gog and Magog in other scriptures

Chapter Three: Explaining terminology
The end of the material universe
The end of history
The Key to the subject of the Last Hour
W ‘ad al-Akhirah (The Last Warning)

Chapter Four: A Profile of Gog and Magog
The Qur’an introduces the subject of Gog and Magog
Gog and Magog are human beings
A double-faced people who are capable of swift motion
Possess extraordinary military power
Use ‘power’ to oppress
Make possible the return of people to their ‘town’
Absorb mankind into their global godless melting pot
Can wage ‘star wars’
Would target Arabs in particular for oppression
Would they be sent/raised only after Jesus (‘alaihi al-Salam) has returned and after he has killed Dajjal?
Consume an excessive amount of water
Gog, Magog and the Sea of Galilee