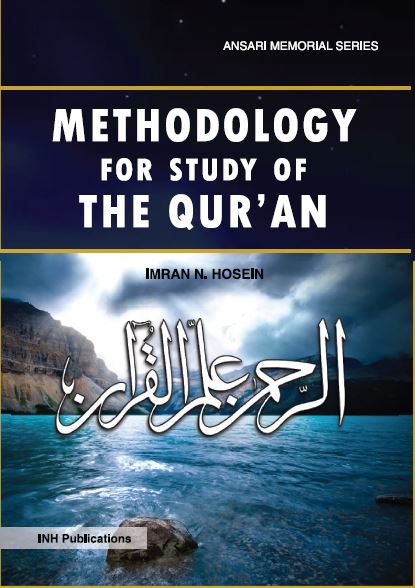 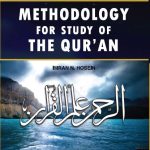 Methodology for Study of the Qur’an

Methodology for the Study of Dajjāl in the Qur’ān was meant to be included as a chapter of my book on Dajjāl. However I realized that it was too long to function as a chapter, and hence I had to remove the material that was specific to Dajjāl, and then publish it as a separate book altogether. I have no regrets in doing so since it was my desire that this be my last effort at teaching basic methodology for the study of the Qur’ān. I have done no more than offer an introduction to that methodology. Those who wish to do so, can search for books which teach the subject comprehensively.

The ‘Introduction’ to the religious thought of the distinguished Islamic scholar, Maulānā Dr. Muhammad Fazlur Rahmān Ansārī (1914-1974) contains important information and analysis on methodology which complement the text of this book. Readers are advised to read that ‘Introduction’ to his religious thought in order to enhance their understanding of the subject of this book. It is located in Appendix 1 of the book. Indeed most of what is explained in the text itself on methodology has come from him, and it is he who should have written this book. I wish I had an introductory book such as this to study when I was his student just beginning my study of Tafsīr al- Qur’ān. Had he written it, I have no doubt that it would have spurred me on to a faster and more productive effort of study of the Holy Qur’ān.

Allah Most High declared that He sent down the Qur’ān in the Arabic language in order that it might provoke a people to think (Qur’ān, Yūsuf, 12:2), and hence to study the Book with the rational faculty. Most translators of the Qur’ān admit that it cannot be translated to another language. (See Muhammad Asad’s essay entitled: Can the Qur’ān be translated? Published by the Centre Islamique, Geneva. 1964) Rather, the most that can be achieved in a translation is an approximate rendering of the meaning of the miraculous Arabic text. For this reason we always quote in this book, the actual Arabic text of the Qur’ān which has been preserved unaltered for close to fifteen hundred years, and having done so, we then offer an explanatory translation with our explanatory comments (always carefully enclosed in brackets). We have done so in order to facilitate the proper study of the Qur’ān.