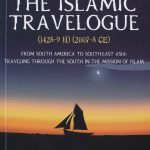 The Islamic Travelogue: (1428-9H) (2007-8CE) From South America To South-East Asia: Travelling Through The South In The Mission of Islam

Let us, with Allah’s blessed name, embark from my Caribbean island-home in Trinidad, for an exclusive ‘southern hemisphere’ Islamic lecture-tour that will commence in February 2007 and end one year later in February 2008. This journey will take us through Venezuela and Argentina in South America, Botswana, South Africa and Zimbabwe in Southern Africa, Bangladesh, Pakistan and Sri Lanka in South Asia, to Malaysia, Indonesia and Singapore in South-East Asia. We will sometimes have to visit the same country twice. At other times, because of unjust war on Isl?m, we will have to cancel visits to countries such as Australia and New Zealand even though there are large numbers of Muslims awaiting us. And at yet other times the host communities in places such as Fiji Islands and India would themselves decide against hosting a lecture-tour out of fear. And finally we will sorrowfully have to postpone visits to countries such as Iran, Yemen and the city of Hong Kong because of time constraint.

I had been resident for ten wonderful years in New York up to the end of September 2001, and I was present at New York’s J F Kennedy Airport on that fateful 9/11 morning when the American CIA and the Israeli Mossad jointly planned, attacked and demolished the World Trade Center’s Twin Towers in Lower Manhattan and then falsely put the blame for that supreme act of terrorism on Arabs and Muslims.
The mysterious and essentially godless Jewish-Christian alliance that now rules the world on behalf of the Euro-Jewish State of Israel may wish to challenge my claim of CIA/Israeli Mossad responsibility for planning and executing the 9/11 terrorist attack on America. They may do so while insisting instead, that the American government is truthful in assigning responsibility, and hence blame, on Arabs and Muslims. In that case I invite them as well as others who are stubbornly of the same view, to come forward that we might jointly pray for the eternal curse of the One God and of His Prophets, on whoever assigns responsibility and blame falsely in this matter.

I left New York two weeks after the 9/11 terrorist attack on America to conduct a pre-planned Islamic lecture-tour of South Africa, and then traveled constantly for two years before returning to Trinidad in August 2003. I have never returned to USA since then. The story of those travels was told in my first Islamic Travelogue that was published at the end of 2003. It evoked such a positive response from readers that I decided to sacrifice the time and effort to write this second travelogue for the lecture-tour of 2007-8 even though I have important books to write. May Allah Most Kind grant that this humble effort might inspire at least some of our readers to also leave the comforts of their home and to travel in the noble mission of Islam. Ameen!

Be the first to review “The Islamic Travelogue: (1428-9H) (2007-8CE) From South America To South-East Asia: Travelling Through The South In The Mission of Islam” Cancel reply