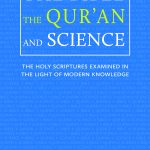 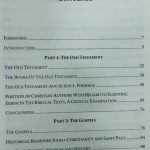 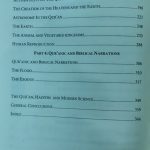 The Bible The Qur’an and The Science

The Holy Scriptures Examined In The Light of Modern Knowledge

In his objective study of the texts, Maurice Bucaille clears away many preconceived ideas about the Old Testament, the Gospels and the Qur’an. He tries, in this collection of writings, to separate what belongs to Revelation from what is the product of error or human interpretation. His study sheds new light on the Holy Scriptures. At the end of a gripping account, he places the Believer before a point of cardinal importance: the continuity of a expression that differ in the course of time. It leads us to meditate upon those factors which, in our day, should spiritually unite — rather than divide Jews, Christians and Muslims.

As a surgeon, Maurice Bucaille has often been in a situation where he was able to examine not only people’s bodies, but their souls. This is how he was struck by the existence of Muslim piety and by aspects of Islam which remain unknown to the vast majority of non-Muslims. In his search for explanations which are otherwise difficult to obtain, he learnt Arabic and studied the Qur’an, He was surprised to find statements on natural phenomena whose meaning can only be understood through modern scientific knowledge. He then turned to the question of the authenticity of the writing that constitute the Holy Scriptures of the monotheistic religions. Finally, in the case of the Bible, he proceeded to a confrontation between these writings and scientific data, The results of his research into the Judeo-Christian Revelation and the Qur’an are set out in this book.

Bucaille recalls his first ‘historic’ serious encounter that shaped the main drive of his life much later on:

“In 1935, I was 15 years old, a student in a Christian College. At that time very important discoveries of necessarily human paintings in caverns in the south of Spain were made. The specialist, who discovered them Father Peyrony, had announced that ‘very likely these paintings date back to about 15,000 years from now’. My book of religious teachings stated that the first appearance of man on earth dated back to about 40 centuries before Jesus. I turned to my teacher (seeking an explanation) saying: ‘Father… what is credible of the two estimates?’ The Father replied: No … No… Please, don’t confuse two things; you have the Science, and you have Religion, if there’s something which is not in accordance, it is the Religion that says the truth’. I responded: ‘But this is impossible, it is a well established fact; the first appearance of man on earth cannot be evaluated to these times in the Bible… It is impossible’.

We were educated, religion said something, and science said another thing, I said to myself, something is wrong!”

Maurice Bucaille was born in July 19, 1920, in the town of Pont L’Évêque. He was educated in his early years in a Catholic school in his hometown.
At the outset of WWII, he heading to Paris to enrol as a medical student in ‘l’Ecole de Medicine’ (School of Medicine) at the University of Paris. As the war ended in 1945, he had completed his academic studies and joined the University clinic as a gastroenterologist.

At an early stage in his life he joined the famed French Society of Egyptology (la Société française d’égyptologie — SFE, founded in Paris in 1923) where he studied hieroglyphics.

In the fall of 1969 he had enrolled to study Arabic at the University of Sorbonne’s Ecole des Langues Orientales (School of Oriental Languages).

Bucaille’s knowledge of Arabic and his earlier studies assisted in the completion of his ground-breaking comparative study ‘The Bible, the Qur’an and Science’ in 1976. By the early 80s Dr. Bucaille felt the urge to allocate all of his time to research and writing. His clinic had to close doors in 1982.

Bucaille’s contributions to studies in the fields of Egyptology and comparative religion were both controversial and enlightening. Dr. Maurice Bucaille had died in Paris on February 18, 1998.