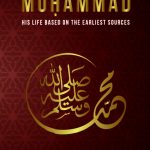 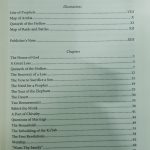 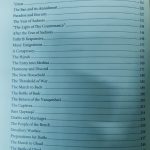 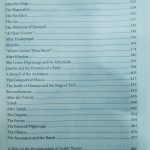 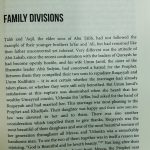 His Life Based on The Earliest Sources

“This work is widely recognized as the most readable account of the life of the Prophet to date.”

“Lings provides a wealth of detail on the life of Muhammad, the time and place of many Koranic revelations, and the foundation of Islam, all based exclusively on 8th and 9th century Arabic biographical sources and collections of the sayings attributed to Muhammad. General readers will find a well-written, straight forward chronological narrative; Muslim readers will appreciate the favorable treatment of Muhammad; while specialists will find a faithful and convenient rendering of source material.”

Martin Lings’s biography of Muhammad is an internationally acclaimed, comprehensive, and authoritative account of the life of the Prophet, it contains original English translations of many important passages that reveal the words of men and women who heard Muhammad speak and witnessed the events of his life.

Scrupulous and exhaustive in its fidelity to its sources, Muhammad: His Life Based on the Earliest Sources is presented in a narrative style that is easily comprehensible, yet authentic and inspiring in its use of language, reflecting both the simplicity and grandeur of the story it tells.

Martin Lings biography of Muhammad is unlike any other, it is based on Arabic sources of the eighth and ninth centuries; of which some important passages are translated here for the very first time. It owes its freshness and directness of approach to the words of the men and women who heard the prophet Muhammad speak and witness the events of his life.
With an unusual gift for narration, Lings has adopted a style that reflects both the simplicity and the grandeur of the story he tells. This book will be appreciated and enjoyed by those already familiar with the prophet Muhammad’s life as well as those approaching it for the first time.

Martin Lings completed his degrees in English and Arabic at Oxford University and London University. For twelve years he was a lecturer – mainly on Shakespeare – at Cairo University. He served as Keeper of the Oriental Manuscripts at the British Museum, consultant to the World of Islam Festival Trust and was a member of the Arts Council Committee for the exhibition The Arts of Islam. In 1977, at the invitation of King Abdul al-Aziz University he participated in the Conference on Islamic Education held in Mecca.

In addition to his three works on Islamic mysticism, which have been published in many languages, he is the author of the The Secret of Shakespeare, Ancient Beliefs and Modern Superstitions, two volumes of poetry and the splendidly illustrated Koranic Arts of Calligraphy and Illumination. He has also written numerous articles for Studies in Comparative Religion and The Islamic Quarterly, as well as for The New Encyclopedia of Islam and for Encyclopedia Britannica.

Be the first to review “Muhammad” Cancel reply