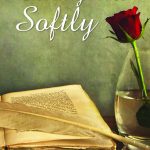 Norhafsah Hamid was born in 1973 and received primary and secondary education in Malaysia. She then proceeded to pursue her studies in United Kingdom until she graduated with a law degree from Reading University, United Kingdom. She completed her Bar in Malaysia and went back to United Kingdom to work for a year. She then came back to Malaysia to commence her practice as an Advocate and Solicitor, specializing in civil litigation matters. She completed her Diploma in Syariah and Legal Practise and has been handling various Syariah matters.

Currently she has taken a break from civil practise and co-founded an NGO called Nadi Anissa Muslim Women Qrganisation. she now dedicates her time to her family and Islam.

‘Calling me Softly’ is a personal journey in getting to know the exemplary lifestyle of (Allah’s Messenger) Muhammad (saw) as a (role model) man, as a teacher, as a husband, as a friend, as a leader and as a prophet (of Allah). The author tries to retrace the footsteps of this great man. She shares her struggles in applying the prophetic teachings and how it has affected her life. Holding on to the saying ‘Islam is simple’, she set out on a road of discovery.

Be the first to review “Calling Me Softly” Cancel reply