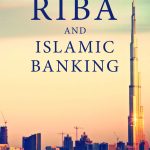 THE CONCEPT OF RIBA AND ISLAMIC BANKING

THE CONCEPT OF RIBA AND ISLAMIC BANKING

Imran Ahsan Khan Nyazee, born in 1945, is an Assistant Professor at the Faculty of Shariâ€˜ah and LAW, International Islamic University, Islamabad, Pakistan. He obtained his law degree from Punjab University in 1969. In 1983, he was awarded a gold medal for his performance in the LL.M. (Shariâ€˜ah) programme by the International Islamic University (Pakistan). In 1987, he obtained the LL.M. degree from the University of Michigan LAW School, U.S.A. Among his other works are a translation of Ibn Rushdâ€™s well-known book Bidayat al-Mujtahid, Islamic Jurisprudence (Usul al-Fiqh), Islamic LAW of Business Organization: Partnerships and Theories of Islamic LAW: The Methodology of Ijtihad. Riba or interest is the most important issue of Islamic law in the modern world. There is unanimous agreement among Muslim jurists that riba is prohibited strictly by the texts of the Qurâ€™an as well as by those of the Sunnah. When it comes to the identification of the transactions that would fall under the prohibition of riba, however, there is some disagreement among the scholars. In modern times, the discussion is mostly about interest charged and paid by the banks. Some scholars uphold that all kinds of interest charged by the bank are prohibited, while others maintain that only some kinds are prohibited. This book analyses the issue in the light of the writings of the early jurists and presents the operation of the rules of riba in a simplified manner. The book continues to be the most comprehensive text on the issue of riba since it was first published in 1995. It is essential reading for all courses on Islamic BANKING, especially those dealing with the problems of riba.