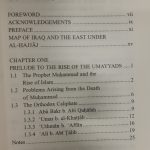 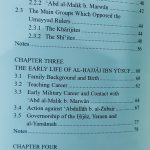 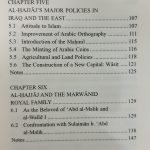 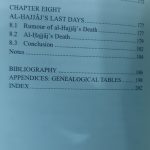 A Formidable Umayyad Viceroy in Iraq

This book is a study of the place of al-Ḥajjāj ibn Yūsuf al¬-Thaqafī in Umayyad History (661-750 C.E.); a period which is significant in many ways in Islamic as well as Arab History. Al-Ḥajjāj, as an Umayyad provincial governor, was a central figure in Umayyad rule of the Arab empire of his time. His era was a tumultuous one fraught with crises, intrigues, bloodbaths, desperate struggles for the Caliphal throne and religious schisms. This historical work aims at giving students of History, Arabic and Islamic Studies some detailed material on the history of al-Ḥajjāj in English. The book will also be useful to the general readers who wish to know something about al-Ḥajjāj, a loyal provincial governor, who helped the Marwānids to consolidate their hold on the early Arab empire. The author gives a new interpretation of the available facts by looking at the points of strength and weakness of al-Ḥajjāj. While refuting the extremism of anti-Umayyad authors who totally condemn the viceroy, the author resists the temptation of presenting him as an angel. The author, therefore, maintains a spirit of moderation while allowing the historical material to speak for itself. For a better understanding of al-Ḥajjāj’s personality numerous speeches made by the viceroy are included in the body of the book so as to hear from “the horse’s mouth” his own viewpoint.