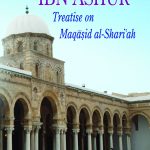 This is the English translation of Shaykh Muhammad al-Tahir Ibn Ashurâ€™s (1879-1973) treatise on Maqasid al-Shariâ€™ah. Ibn Ashur proposed Maqasid as the methodology for the renewal of the theory of the Islamic law, which has not undergone any serious development since the era of the great Imams. The author, one of twentieth centuryâ€™s great Islamic scholars, also addressed the topic of the intents of Prophet Muhammad behind his decisions. He introduced criteria to differentiate between the Prophetic traditions that were meant to be part of the Islamic law and the Prophetic actions/sayings that were meant to be for the sake of specific purposes.