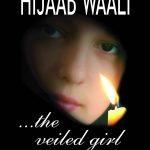 Once upon a time, there was a princess…

Deeba is a bold, highly ambitious teenage girl who is one of the big fans of a famous but mysterious poet, Aariz Ali, who has isolated himself to put his dark past behind him. The poet only occasionally appears in front of the audience and has a lonely personality hidden beneath the thick sheets of rumors and stories. But young Deeba is determined to find out the ultimate Aariz, searching for the secrets of his deep and dark past.

A story is revealed….

Born and raised in a rich family of Pakistan, Aariz Ali firmly believed in live and yet he knew he was never going to actually experience it personally. But when he met Komal, a luscious Londoner and the only daughter of a powerful business tycoon in a traditional Pakistani wedding, he saw at once that reality could far surpass his fantasies. A passionate romance develops, but it is not long before Komal reveals the most shocking and the bitter truth….

Despite the seriousness of the fact, both young lovers believe in themselves and think the future is theirs. Yet their happiness is as short lived as the dark clouds that pass with hope=breaking pace. Both lovers’ happiness is seriously threatened by their parents’ unexpected and shocking reaction over the news as both discover that their destinies are separated by the tides of society which does not accept their relationship as both of them, although Muslims, belong to different religious sects.

Aariz’s intentions of revolt and differentiation send the blood pressure of his mother right though the roof. She intentionally sinks her only son into a strange relationship of unknown fate by forcefully marrying him with someone who’s going to give Aariz a life time experience.

From the seductive winters of London to the warm summer evening of Karachi to the lush beauty of Pakistani villages, the lovers test their courage as they plan to risk everything to finally unite.

Hold your breath, an unforgettable epic is about to unfold….

Be the first to review “Hijaab Waali: The Veiled Girl – An English Ismalic Novel” Cancel reply